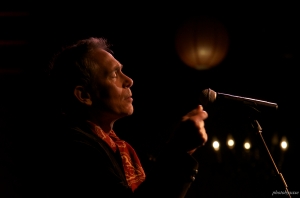 David Sereda is a Canadian musician, singer, actor, playwright, pianist and composer. Sereda was born and raised in Edmonton, Alberta, Canada. He graduated from the Playhouse Acting School in Vancouver (1977) under teacher Powys Thomas, then worked in alternative theatre in Edmonton. There he reconnected with Canadian singer/song writer Connie Kaldor who urged Sereda to focus more on composing music and singing. He released his first album in 1981, Chivalry Lives, which gave Sereda critical acclaim in Canadian newspapers, both for the range of music and the openness of the lyrics: “Mark” and “Underage Blues” both speak from a gay male perspective a rarity then and now.

He resettled in Toronto, Ontario and worked in theatre again both as actor and as music director and composer at Buddies in Bad Times Theatre, The Theatre Centre and the Tarragon Theatre where he co-wrote two musicals, Love Jive, and Siren Song with playwright and novelist Don Hannah. He released The Price of Love in 1985 and The Blue Guide in 1994. He co-produces the Stray Dog Salons in Toronto, evenings of music. poetry and theatre. He now lives in Port Dalhousie, Ontario, where he works with the theatre company Sheatre, who produced his new musical with Joan Chandler entitled TOM, based on the life and passion of painter Tom Thomson.